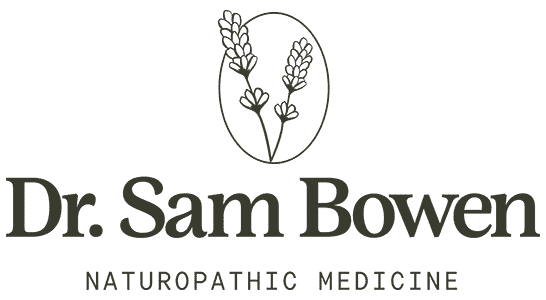 Polycystic Ovarian Syndrome (PCOS) is a complex condition influenced by metabolic, hormonal, and inflammatory changes within the body. It is one of the most common endocrine disorders and is estimated to impact between 5-10% of women of reproductive age. Although being extremely common, PCOS is widely under diagnosed and under managed.

Although the exact cause is not clear, the development of PCOS is likely due to an interplay between insulin resistance, excess androgens, inflammation, genetics/family history, and other environmental factors.

In this article you’ll learn how to diagnose PCOS, the most common PCOS symptoms, other risk factors women with PCOS have, and naturopathic treatment plans available.

How to diagnose PCOS:

Based on the Rotterdam Criteria, a PCOS diagnosis can be made when 2 of 3 of the following criteria are met:

What are common signs and symptoms of PCOS:

Increased risk for other health concerns:

Women with PCOS are also at a higher risk of certain health problems such as type 2 diabetes, high blood pressure, blood lipid abnormalities, non-alcoholic steatohepatitis, infertility, endometrial cancer, depression, and anxiety. This highlights the significance of proper diagnosis and management.

Is it also important to note that PCOS can present similarly to other medical conditions so make sure to work with a health care practitioner to determine the root cause of your symptoms.

Although there is no cure for PCOS, there are effective treatments to help manage this condition. Depending on which driving factors are at play and what symptoms you are experiencing, your health care provider can help decide which evidence-based therapies would be the most appropriate for you. This could include a combination of lifestyle, dietary, supplement, herbal, or medication recommendations.

PCOS can have a significant impact on a person’s quality of life. If you think you experiencing any of the signs and symptoms of PCOS or have been diagnosed with PCOS, let’s work together to help you achieve your health goals and to help you feel your best.

If you are interested in learning more about PCOS, let’s work together! You can book a consult through the booking link below.

Although these recommendations are a general guideline, every person’s dietary needs are unique. We can work together to create dietary plan that is attainable and sustainable for you.

This post is intended for educational purposes only. Please speak to your licensed health care provider before implementing any health recommendations or treatments.

I’m Dr. Sam Bowen, a licensed naturopathic doctor practicing in the Vancouver area. From a young age, I have always aspired to work in the field of health and medicine. Growing up on Salt Spring Island, BC, I developed a strong curiosity to better understand the various factors that influence our health. I truly believed that the path to optimal health was more complex than just treating our presenting symptoms.